So, let’s start by explaining a pod system to people who might not be familiar with it. If you’re unfamiliar with the term, a pod system is an especially portable vape gadget that utilizes vape pods rather than your standard atomizer. Even though an atomizer and a pod are essentially the same, pod systems have them made particularly for the device to give you an incredibly compact setup. Pod systems have been around for a while, but since the introduction of nicotine salts, we’re seeing more and more of them take over the market. Compared to their freebase counterpart, nicotine salts offer a considerably smoother mouth-to-lung vape. Opinions vary as to which offers a more authentic “cigar-like” sensation.

HOW TO USE A POD SYSTEM:

You fill your pod with liquid, place it in the machine, and inhale. Most pods system are draw-activated, meaning you don’t have to press a button to get them to start vaping. However, depending on your taste, you can either sketch or press a button to activate the Sceptre. Withdraw activation is fantastic if you’re quitting smoking because all you have to do is begin inhaling, at which point the coil will automatically ignite. These pod systems don’t produce a lot of vapor. They are not intended to create clouds; they are a technique for delivering nicotine. But employing a pod system will save you a lot of power because it doesn’t output as much. In a pod system, a 60ml bottle of e-juice may last you months! 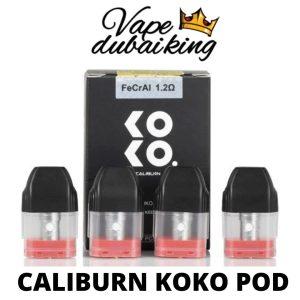 HOW TO CHOOSE E-LIQUID?

Because the wicks on pod systems are often rather small, if you choose a juice with a greater VG content, it could struggle to keep up, leading to a burned hit. Pod systems work best with thinner e-liquids, and fortunately, more pod-friendly juices are being produced by many E-liquid makers as a result of the popularity of pod systems.

WHICH POD DEVICE SUIT YOU?

The sole factor determining which Pod system is best for you is why you are seeking one.

Comparable to other vaping devices, pod systems are far lighter and smaller. E-liquid leaking is not a concern while carrying a pod vape in your pocket or handbag. No need to carry about a heavier, larger pack of smokes or look for an ashtray.

Pod vapes are incredibly simple, thanks to their “pod” shape. Click the pods in and out of the battery compartment. You only need to take a puff to pull the nicotine vapor. I’m done now! Whenever the e-juice in the pod runs out, replace it.

Tags:
pod device, Pods system
Newer WHAT IS A DISPOSABLE VAPE?
Back to list
Older SALT NICOTINE AT VAPE SHOP IN DUBAI:

WHAT IS A POD DEVICE/POD SYSTEM: Therefore, let's begin by introducing a pod for those unfamiliar. If you're unfamiliar with the word,...